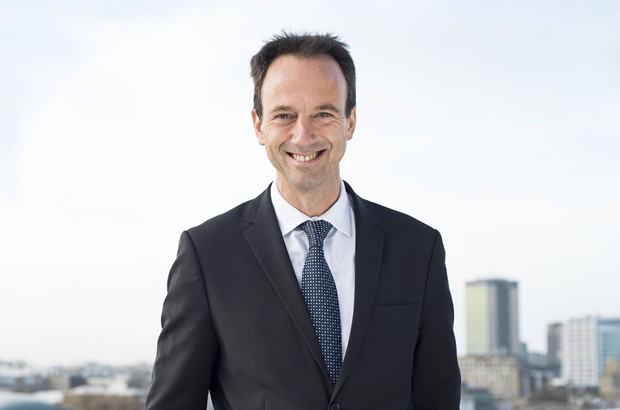 The past quarter has seen a lot of activity and some big milestones for our organisation. This has included major reports into the energy and retail banking markets, a consultation on possibilities for greater competition in Britain’s passenger rail services, draft findings in a regulatory appeal in the water sector, decisions in 13 merger cases, a report into the pricing practices of supermarkets and 2 reports into aspects of the digital economy – consumer data and online reviews and endorsements. We’ve also taken enforcement action for breaches of competition law by estate agents and eye surgeons, and prosecuted a criminal cartel case in Southwark Crown Court.

Early in July we published a report looking at the relationship between competition and productivity. It identified a body of evidence that competition, and competition policy interventions, boost productivity by increasing the need for innovation, encouraging firms to manage their resources more efficiently, and ensuring that higher-producing businesses that meet customer demands increase their market share.

Our report sits alongside the government's productivity plan, which recognises that competition plays an important role in increasing productivity, and affirms the government’s commitment to maintaining a strong, independent and world-leading competition regime. In this context, the Department for Business, Innovation and Skills (BIS) is consulting on a fresh statement of strategic priorities for the CMA for the new Parliament. Among other things, this highlights the CMA’s role in using competition to improve innovation and productivity.

We will have regard to the final steer but remain independent of government in deciding which work to prioritise. On which note, I recently delivered a speech at Chatham House in which I set out some thoughts on what a healthy relationship between competition and politics looks like.

Delivering for consumers and the economy

Also in July, we published our first annual report and accounts and our first impact assessment report. These reports show that we’ve achieved direct financial benefits to consumers of more than £11 for every £1 of taxpayer money spent. Alongside achieving important outcomes for consumers, businesses and the economy, in our first year we focused on creating an effective new competition and consumer authority with the right policies, processes and people to deliver its mission.

We’ve published provisional findings on the energy market – one of the largest market investigations undertaken.

Our energy group has provisionally found that a large proportion of consumers are not engaged with the market and that this is affecting the way the market is functioning. A survey of 7,000 people in Great Britain found that 34% of respondents had never considered switching provider, despite the potential for dual fuel customers to save an average of £160 a year by switching to a cheaper deal. In addition, regulatory interventions that were designed to simplify prices (such as the ‘four-tariff rule’) aren’t having the intended effect of increasing consumer engagement and may instead have reduced competition

By contrast, competition in the wholesale gas and electricity markets appears to be working well. The presence of vertically integrated firms doesn’t seem to be having a detrimental impact on competition.

The energy group is considering a range of remedies to tackle the problems provisionally identified as affecting competition in the market and the detrimental effect this may have on consumers. One of the range of options is to impose transitional price caps on the most expensive tariffs to protect consumers until other measures have created a more competitive market.

Meanwhile, we also released the results of a thorough examination of supermarkets’ promotions, undertaken in response to a super-complaint from consumer group, Which?.

We found examples of pricing and promotional practices that have the potential to confuse or mislead consumers and which could be in breach of consumer law, though we also concluded that these problems aren’t occurring in large numbers across the whole sector, which is generally taking compliance with the law seriously. As a result of our work we’ve announced a series of measures to improve compliance, bring greater clarity to shoppers and simplify the regulations.

In my last quarterly bulletin I highlighted our particular interest in digital developments in markets, and the launch of 2 calls for information in this space.

Our findings on the commercial use of consumer data were published in July. They highlight that consumer confidence in markets involving data is fragile. To fully realise the many potential benefits, data use by firms must be taking place in transparent and competitive markets, where the protection offered to consumers’ data is one of the services they compete on.

Meanwhile our report into online reviews and endorsements found that these are proving useful to many consumers, and for most buyers the product or service they bought matched up to their expectations. However, we also found instances of potentially misleading practices. In response we’ve launched an investigation into a number of companies in connection with the potential non-disclosure of paid endorsements. We’ve also published information for businesses, explaining what they need to do to comply with the law.

Despite its tremendous growth, e-commerce is still in its relatively early days. Its impact on competition and market dynamics is still evolving, as is the way competition and other authorities approach it. As such, neither report provides ‘The Answer’. However, they draw evidence together in a way that has not been done before in these areas and – I hope – assess it dispassionately to set out our views on how we should consider these markets in future. If we can help consumers derive the undoubted benefits from the use of consumer data and online reviews, without suffering the potential downsides we’ve identified, then the economic rewards will amply justify our collective effort.

You can find more thoughts in this area in a speech I delivered at the annual conference of the Centre for Competition Policy last month.

Our enforcement activity has continued, with a membership organisation of private consultant eye surgeons agreeing to pay a significant fine after admitting breaching competition law. The Consultant Eye Surgeons Partnership Limited admitted to anti-competitive conduct including: collective pricing agreements, recommending that members refuse to accept lower fees from an insurer and facilitating the sharing of confidential business intentions, including future pricing intentions, between its members. This represents the first time formal competition law enforcement action has been taken against medical professionals in the UK. We also confirmed fines, for an association of estate and letting agents and 3 of its members, of over £735,000 for infringement of competition law.

In the CMA’s criminal trial related to the galvanised steel cartels case, 2 defendants were acquitted by a jury after a full trial, a further defendant having already earlier pleaded guilty. The case required each defendant’s ‘dishonesty’ to be proved beyond all reasonable doubt. Following a change in the law, we will no longer have to prove dishonesty for conduct committed after 1 April 2014. We’ll continue to bring criminal prosecutions where the evidence supports this, to help to punish and deter cartelists.

In July, we were pleased to announce the appointment of Dr Michael Grenfell as our new Executive Director of Enforcement and board member.

On 1 July we assumed our presidency of the International Consumer Protection and Enforcement Network (ICPEN) for the next year. We plan to use our presidency to focus on delivering enforcement to tackle issues of common concern to consumers across the globe.

Within the UK, my senior colleagues and I recently met with a range of key groups in Manchester to discuss devolution and competition issues in the North West. In June, the CMA board held its meeting in Belfast, where discussions were held with the Minister of Enterprise, Trade and Investment, consumer bodies, business associations and regulators, as well as with the Republic of Ireland’s Competition and Consumer Protection Commission.

It’s been a busy and productive period, and it’s impossible in a relatively short update to capture all that has been going on across the CMA’s merger, markets, enforcement, regulatory and advocacy functions – but I hope this has given you a flavour.

You can find out more, or get in touch, through our homepage on GOV.UK, @CMAgovuk on Twitter or our LinkedIn pages.