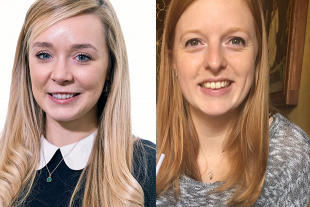 On the 18 March, the Competition and Markets Authority (CMA) adopted revised guidelines on how it assesses mergers. The previous Merger Assessment Guidelines were updated in 2010 and changes were needed to reflect that our economy, the goods and services that we consume and sometimes the way in which we consume them have changed considerably over the past decade. In 2010, for example, the majority of the world’s largest companies were energy companies, and although these remain large, global companies today, it is so far only the world’s largest tech companies that have joined the ‘trillion dollar company’ club.

The CMA needs to evolve and adapt its approach to the assessment of mergers in digital and other new markets to ensure that it is delivering on its duties to promote competition for the benefit of UK consumers. Whilst this is an ongoing process, the revised guidelines give the CMA the opportunity to set out in writing its current approach to the assessment of mergers.

The statutory test the CMA is applying to mergers has not changed; however, the revised guidelines capture what the CMA has learned from its own experiences in merger control since 2010, as well as developments from recent case law and recommendations from external reviews of its previous investigation (eg the Lear report on digital mergers and the KPMG report on entry and expansion analysis) and other studies into digital markets (eg the Furman report and the Stigler Center study of digital platforms in the US). The CMA has also engaged with a range of different stakeholders and published a consultation on the guidelines, receiving a number of very helpful submissions which were carefully considered. The CMA has published a summary of how it has taken these submissions on board when finalising the guidelines.

The CMA has made a number of changes to the guidelines to bring them up to date with its current approach to assessing mergers. Many of these changes are designed to provide additional clarity or detail for businesses and their advisers, for example, on how the CMA considers competition based on quality and service as well as price, or how the CMA assess dynamic, changing markets. We set out some of the key changes below.

1. A substantial lessening of competition

When assessing mergers, the CMA considers whether a transaction has resulted or may be expected to result in a “substantial lessening of competition” (or “SLC”), which is the test set out in the relevant legislation (with different legal thresholds for this assessment for “Phase 1” and more in-depth “Phase 2” reviews). The revised guidelines provide further clarity and examples on mergers that are more likely to raise competition concerns. This includes a non-exhaustive list of examples of the types of transactions that may be more likely to result in an SLC finding, such as where the merger involves the market leader and the number of significant competitors would be reduced from four to three or where the products offered are differentiated between competing firms and the merger firms are close competitors.

2. A dynamic approach to assessing mergers

The revised guidelines provide for a more dynamic approach to assessing mergers. This means that, in addition to the evidence on how firms compete today – eg how well they have done in recent bids for contracts – the CMA is likely to assess the evidence on how competition is expected to develop in the future. This could involve, for example, examining the merger firms’ internal documents and those of rivals in order to assess the likely strategies of the merger firms and the counterstrategies of rivals and customers.

This dynamic approach will also be relevant when considering scenarios in which merger firms do not compete today but there is evidence that they would do so in the future in the absence of the merger. This may be the case if one firm had plans to enter a market to compete with the other merger firm, or the clear ability and incentive to do so.

The revised guidelines also place more emphasis on competition over elements of a product which are not the price such as service, quality or innovation. In some cases, non-price competition may be the primary focus. For example, it is now well-established that mergers can harm consumers even if they are currently receiving a product or service for free. The range of possible non-price competition which may take place is wide, and terms such as ‘quality’ will be interpreted broadly and can cover things such as staffing levels in stores, level of privacy offered to users of digital services, the reassurance afforded by a well-known brand or good reputation or the environmental sustainability of a product or service. Similarly, the CMA will look closely at where competition may be driving firms to innovate and produce new or better products for customers, which may be lost as a result of a merger.

4. How the CMA deals with uncertainty

Finally, while the CMA is still required to identify the market in which a competition concern may exist, the revised guidelines set out a more flexible approach to how the CMA defines markets in its merger assessments. The new guidelines seek to remind firms and their advisers that market definition is not an end in itself, but is a tool that can be helpful in allowing the CMA to understand the market and how competition within it works, and to develop analysis and assess relevant evidence. It forms part of the analysis of the competitive effects of the merger and should not be viewed as a separate exercise. The CMA will focus its energy on what is constraining the merger firms, and in particular, closeness of competition between the merger firms and their competitors (though the merger firms are not required to be each other’s closest competitor in order for the CMA to raise concerns), rather than on attempting to draw sometimes artificial boundaries around discrete products and services.

While in some cases the CMA may place less emphasis on defining a precise market, shares can still be useful in many cases, and the guidelines make clear that the CMA may still put significant weight on them, where appropriate.

Alongside the revised guidelines, the CMA has also published an updated version of its “Quick guide to UK merger assessment”, which is intended primarily for businesses, and provides a simple overview of the UK merger regime and the CMA’s approach when reviewing mergers.