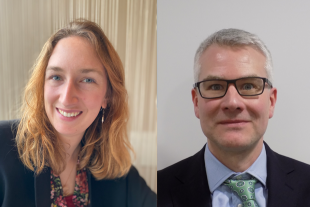 In the first of its 2021 series of blogs on UK merger control, the CMA discussed merger control following the UK’s exit from the European Union. This blog builds on the themes of global merger control and discusses international cooperation in our mergers work. Cooperation across jurisdictions is becoming increasingly important as more of the mergers we investigate are global in nature compared to even a short number of years ago. In addition, now that the UK has left the EU, some deals that the CMA investigates will also be subject to review by the European Commission. The CMA has a very strong track record of cooperating with other agencies at all stages of merger investigations and will look to build on this going forwards.

Cooperation between competition agencies reviewing the same merger has benefits to the merger firms, the agencies themselves and ultimately to consumers. Typically, cooperation between agencies involves discussing evidence, analysis and the information being requested from the merger firms (and whether the agencies wish to share responses). This help agencies to focus on the key issues in an investigation with the aim of reducing the burden on merger firms and had the potential to also speed up the review process. For, example agency cooperation can mean having a single request for internal documents across agencies or the possibility for a single set of submissions to multiple agencies.

One key benefit of international cooperation often highlighted by merger firms is the ability to coordinate discussions of remedies that might solve any competition concerns. To enable this process to run smoothly merger firms and their advisers need to carefully consider the different legal obligations in different jurisdictions and how this might impact an agency’s ability to accept remedy proposals at different points in their investigation. Indeed, the CMA might decide not to open an investigation immediately where a transaction is subject to review by another agency and any remedies imposed or agreed in those proceedings would be likely to address any competition concerns that could arise in the UK.

To help realise these benefits there are things that merger firms can do. To ensure the best possible chance of agencies aligning on timings of reviews merger firms should consider notifying their mergers for review in parallel across jurisdictions instead of sequential reviews and ensure they continue to provide information to all agencies in a timely manner. It is often the case that agencies request waivers from the merger firms to allow information sharing between agencies. The provision of these waivers is a key mechanism for merger firms to realise the benefits related to avoiding duplication of information provision.

Cooperation between agencies does not mean that evidence from customers and competitors is shared between them (this would require a waiver from each organisation or individual which would normally be prohibitive). Nor does it mean that investigation timelines will be perfectly synchronised.

Although there are very real benefits to international cooperation between agencies, it is sometimes the case that merger firms and their advisers are frustrated when agencies come to divergent outcomes despite their cooperation. Often there are good reasons for divergence, for example where market dynamics in the same industries and activities vary across countries or the legal tests being applied differ. Even when cooperating with other agencies the CMA will be mindful of its role as the UK’s competition agency and will not depart from its duty to protect UK consumers.

Another factor to be kept in mind is that while many other jurisdictions have a system of merger control which involves going to court in order to block a merger, in the UK the CMA itself makes decisions on mergers (independent panels on phase 2 cases). Although the CMA can work closely with the other agency, this is not necessarily the case during court proceedings. The CMA will come to its own decision on competition concerns related to a merger and is not bound by court decisions in other jurisdictions.

To sum up, cooperation between agencies can benefit merger firms, agencies and ultimately consumers but cannot guarantee that the same outcome will be reached in all investigations or at the same time. Businesses that are involved in mergers that are subject to reviews in multiple jurisdictions should consult their legal advisers.