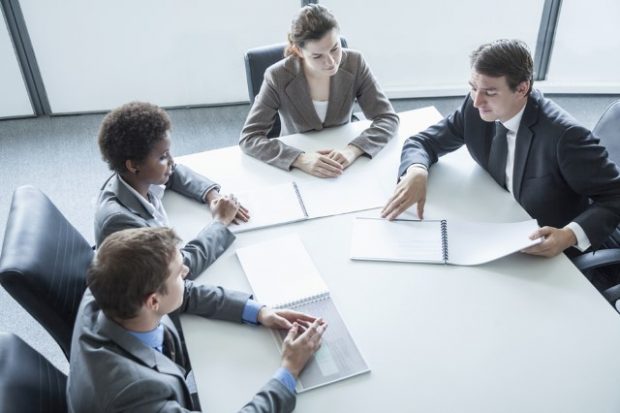 A recent legal ruling sends a strong message to company directors everywhere to be clued up on competition law risks.

A company shared too much information about its pricing plans with rivals and, as a result, broke the law.

The UK’s Court of Appeal upheld a fine we had issued against Balmoral Tanks - a business that sells industrial water tanks.

Back in December 2016, we fined Balmoral £130,000 for having a representative take part in a single meeting with 3 other competitors. At this meeting, he shared competitively-sensitive information about Balmoral’s prices and pricing intentions.

The competitors had invited Balmoral to the meeting in July 2012 to convince them to join a long-running cartel in the water tanks market that shared out customers and fixed prices.

Although the Balmoral representative refused to join the cartel, he stayed at the meeting. He joined in a discussion about his company’s general approach to pricing and what they would quote for certain tanks. We secretly recorded what was said at the meeting.

Whilst we recognised that Balmoral did the right thing by turning down the invitation to join the cartel, the crucial factor in this case was that their representative stayed at the meeting and continued to reveal sensitive information about their prices.

Under competition law, sharing, and receiving, non-public, commercially sensitive information can be illegal. In this case, it gave Balmoral’s rivals an idea of their pricing strategy, which reduced uncertainty and could have helped the other tank suppliers in their own strategies and pricing.

We did not fine Balmoral for taking part in the original cartel, but for their participation in only one meeting where they discussed what their prices might be. This marks the first time the CMA have fined a business for breaking competition law in this way.

Balmoral challenged the fine, forcing a further legal argument about this landmark decision. In October 2017, the Competition Appeal Tribunal, the UK's designated court that rules on competition cases, upheld the fine and agreed with our decision. Balmoral then went to the Court of Appeal, which also agreed with us and issued its judgment on 15 February.

What are the lessons?

This case sends an important message to company directors across the UK, and for any of their staff who may find themselves in meetings with their counterparts from rival businesses.

If a company’s staff exchange competitively-sensitive, confidential information – even at just one meeting – that, in itself, risks a breach of competition law.

Here at the CMA, we are committed to using the full range of our powers to crack down on such illegal behaviour, which includes issuing fines.

The starting point under competition law is that all businesses must decide their commercial strategy, especially their pricing, independently.

If any of the below topics of discussion come up when in a meeting with competitors, these should quickly ring alarm bells:

What you can do

If you are approached to join a cartel or to get involved in anti-competitive arrangements, you should:

We have a range of guides and resources to help businesses and their staff know what to look out for when it comes to competition law risks. A good starting point is our video on information you shouldn’t share with other businesses, as well as our other short videos on competition law.

We also have a dedicated page on what to do if you think you have information about a cartel. If you have been involved, then you may be able to avoid fines - or worse - by coming to talk to us first.

In the end, when it comes to cartels, it’s better to be safe not sorry.