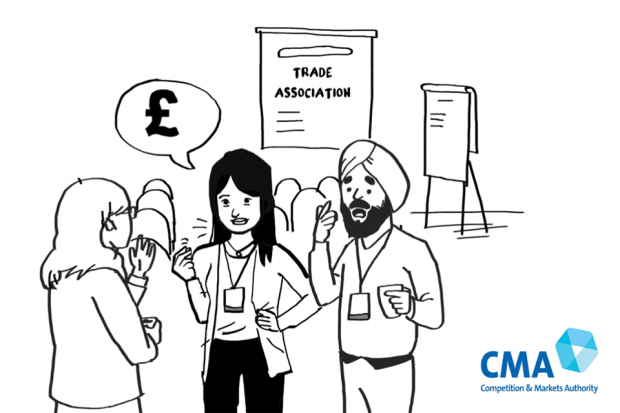 Are you a member of an industry of trade association? If so, you should check you and your association are playing by the right rules.

The constitutions, decisions and recommendations of trade associations and how their members behave have continually come under investigation from competition authorities around the world.

For instance, the European Commission has investigated the role of trade associations in industries as diverse as cauliflower and cognac producers, sports administration and ship classification services, crane hire and the installation of washing machines and dishwashers.

Likewise, recent CMA investigations involving trade associations highlight how we look to enforce competition law across the length and breadth of the UK economy. From funfairs to fashion model agencies and from eye surgeons to estate and lettings agents, the CMA has intervened because of competition concerns with the relevant trade association’s rules or conduct.

Here are a few examples (starting with our most recent investigation):

The Showmen’s Guild of Great Britain

The Showmen’s Guild of Great Britain recently agreed to change its rules to make it easier for people running fairground rides and attractions to compete for space at local fairs. We had raised concerns about the Guild’s rules as we felt they were protecting certain showmen and not providing a level playing field for others who might be able to offer a better service to fairgoers.

For example, we were concerned that the rules around applying for membership of the Guild were not sufficiently transparent and objective. We were also concerned this was made worse by a rule which prevented showmen who were not members of the Guild from attending Guild-run fairs, which essentially blocked non-members from attending the majority of fairs in the UK.

Following the Guild’s acceptance of the rule changes in January 2018, millions of fairgoers could benefit because the changes now open up the prospect of a wider variety and choice of attraction for them to enjoy. And showmen should no longer find themselves ‘shut out’ from being able to compete for space at different fairs around the country.

In 2016, the CMA imposed fines of over £1.5 million on 5 fashion model agencies and their trade association for breaking competition law by colluding on the prices they charged for modelling jobs.

The agencies had discussed prices for modelling jobs in the context of negotiations they were having with particular customers (such as fashion magazine publishers and high street retailers). The trade association helped the agencies share confidential and commercially sensitive information by sending out alerts via email. In some of these, the association actively urged members to reject the prices their customers were offering, in order to force a higher price.

The agencies were meant to be competing against each other. Any decisions about whether to accept or reject a price offered by a customer should have been taken independently, and not as a result of coordinating with rivals.

To read more about this case, see the CMA’s open letter to businesses in the creative industries, warning them about breaking competition law.

In 2015, a membership organisation of private eye surgeons was fined £382,500 by the CMA for sharing commercially sensitive information amongst competing consultants and recommending what prices they should charge to insurers.

The eye surgeons were working together as part of different, competing groups across the UK. The membership organisation broke competition law by helping these competing groups exchange sensitive information on matters such as their pricing and commercial intentions. These actions were taken in the interests of increasing revenue and profitability for the consultants by removing competition between them. Actions such as these can mean higher prices, which will ultimately have a knock-on effect for patients who may end up paying more through premiums or self-pay fees.

To read more about this case, see the CMA’s open letter to medical practitioners

To read more about this case, see the CMA’s open letter to estate and lettings  agents.

These are just the latest examples of how groups of businesses, associations or their members have come up against competition concerns or fallen foul of competition law. Trade associations offer many benefits for the businesses they bring together and represent, but they are also at risk of acting anti-competitively if they try to shield their members from the natural pressures of competition. Members must be mindful of their conduct in relation to other members of their trade association who are likely to be actual or potential competitors of theirs.

Also, trade associations and their members need to be alive to evolving risks of breaking competition law when discussing issues facing their industry. Topics such as salary benchmarking or perhaps an industry ‘commercial response’ to economic or structural changes in the market may fall into this category.

It can be tricky territory to know what is and isn’t off limits when attending a trade association gathering and chatting business with your competitors. So, it’s important to be aware of and make sure you stay up to date on what is compliant with competition law. To help, the CMA has produced some simple guidance for trade associations and their members on what to avoid. Check out our 1-pager on Dos and Don’ts for Trade Associations as well as our animated video on information you shouldn’t share with other businesses.