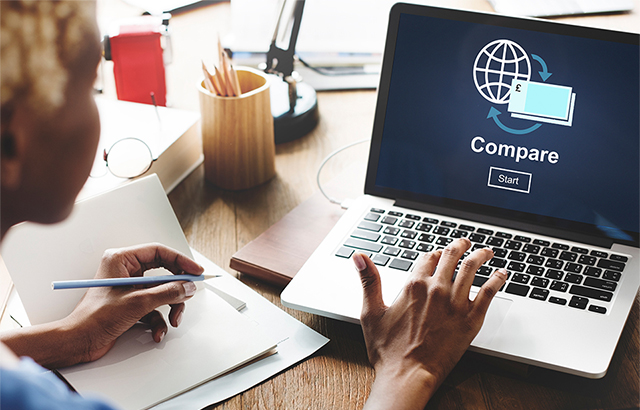 Acting Chief Executive, Andrea Coscelli, explains our examination of comparison tools and what we’re doing to make sure they work for customers.

The Competition and Markets Authority exists to make sure people are offered the products and services they need at good prices, and that businesses treat them fairly.

For prices to be kept as low as possible, there needs to be competition between companies to offer the best possible deal to their potential customers. That’s as true for price comparison tools – like apps and websites – as any other business.

Most comparison tools are businesses, and therefore they need to make money to operate. Most of them do that by charging the companies that appear on them commission. It’s similar to the mark-up that a supermarket puts on, say, a bag of frozen peas.

Comparison sites offer their customers the best deals when they're motivated to compete against each other to win clients, for example by negotiating and competing on commission to secure better deals than their competitors are showing, while at the same time suppliers are competing with each other through the prices they put on the sites.

We've already seen this in the private motor insurance market, which is where comparison tools have most taken off in the UK. Nowadays, most people rely on them to buy this type of insurance.

As customers have easier access to information, that would have originally required ringing round lots of different insurance companies, they’re happier to look elsewhere for good deals. Now nearly 40% of motorists switch insurers each year, these companies know they have to keep offering good deals if they’re going to win business.

In the energy sector, however, this is often a topic of debate. Unlike for car insurance, comparison tools are required to show prices from every company on the market. At first sight, this might seem like it’s doing consumers a favour by making their life easier and creating a one-stop shop for energy.

The problem is that it also means these sites may be unable to negotiate low prices with energy companies. If comparison tools have no choice but to offer a supplier’s products, how can they negotiate a good deal with them? The energy supplier holds all the cards. They may even get listed without paying commission. This is a problem because if comparison tools can’t negotiate a good deal with the supplier, then they can’t pass them on to us as customers. They may even have to list suppliers that provide a poor service to customers.

Our findings so far

So, not forcing comparison tools to show every supplier and price could actually benefit consumers. But, in order to make sure it is a benefit, the people using these tools must understand the business model they operate. In other words they must know they aren’t seeing all the deals available, and so if they want to be sure they’re getting the best possible price it might be worth them looking at more than one site.

Many people seem to know this already. An independent survey of over 4,000 people that use them shows that they don’t generally expect individual sites or tools to show every deal: only 11% said that they expected this. And the large majority (82%) said they were happy with the amount of choice they’re offered. It also shows that two-thirds of users go to more than one site when using comparison tools.

But we think there could still be more work to do on this. As we continue with our study of this sector, we are focusing on areas that we think the comparison tools might be able to improve. That includes looking more closely at whether these tools give enough information explaining what they do, whether competition between them is as strong as it could be, and whether the way that comparison tools are regulated works in the best way for consumers.

We’re inviting views from interested parties, which can be submitted via our project case page until 24 April. If we think that action is needed to improve this market we will take it.